This blog is really about Steel ball bearings versus Ceramic ball bearings. Enough has written about this subject but I thought I put together the topics the guys are pre-occupied with. But for those who already burn their wallets swapping out all their existing ball bearings to ceramic based ones – the answer is Yes.

Metal balls are rolling, spherical elements that are used in check and ball valves, bearings, and other mechanical devices that provide rotary or linear motion.  For us bikers, it means Headsets, Bottom Bracket, Hubs and Cranks .  Surface Roughness measures the irregularities that form on the surface, but are not significant deviations. Basic diameter Tolerance is the maximum allowable deviation average diameter from the diameter specified.

35% less Thermal Expansion:
Think of putting a coke in the freezer. You have to allow for its expansion or you’ll blow the tin. Steel bearings are like the tin of pop. Ceramics

on the other hand change size significantly less then steel with a given shift in temperature, thus raceways, rings and seals from a typical bearing can be made to much greater tolerances. They can even be fabricated with a smoother finish so vibration goes down and stability goes up.

50% less Conductivity:
Ceramics are electrically NON-conductive, and chemically inert, thus do not suffer from oxidation and the rust that degrades the surface of a traditional steel ball bearing. They suffer less heat damage since they don’t heat up as easily. This helps to maintain the spherical geometry of the ball bearings and significantly reduces your repair time.

60% less Weight:
Since silicon nitride is only about 40% of the weight of bearing steel the savings are obvious. Think about tying a heavy rock to the end of a rope. Its hard to get in motion and hard to stop. The lighter the rock the easier it is.

The issue of bearing weight is the same story. The heavier they are the more effort it takes to get them rolling and stopping. Thus ceramic bearings, with less then half the weight, and thus less rotating mass, will be much more responsive in acceleration and deceleration, with much less effort.

50% Higher Modulus of Elasticity:
that’s just a fancy way to test how easy it is to deform something. Ceramic has a 50% higher modulus of elasticity, so it takes a lot of work to alter its original shape. That gives you a much longer life expectancy in a hard wear zone like a bicycle’s bottom bracket.

Cold Welding:
Steel on steel has a nasty habit of welding itself together, that’s why you use anti-seize on some fittings. In a bearing the lubricate helps to prevent this but when bearings sit over the winter this can happen. Ceramic is NOT able to weld itself to steel. Steel and Ceramic are incompatible in that respect so cold welding is another difficulty you can avoid with ceramic ball bearings.

Research suggests that Bottom brackets equipped with ceramic bearings have a 5-10 times longer life. Industrial literature might suggest ceramics add 3-5 times the life expectancy. Either way we know they’ll be there longer than their carbon steel cousin.

So whats not to like? Only the price. Ceramic Bearings are easy to justify with longer life, less vibration, more speed but at maybe 5 times the price of traditional bearings the questions still remains as to whether you can justify the added cost? 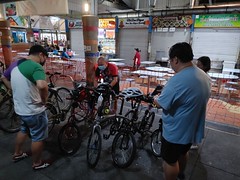 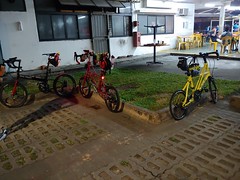 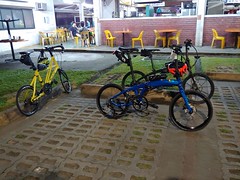 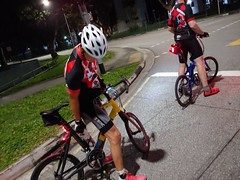 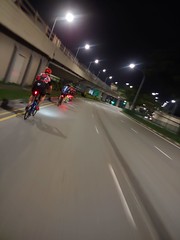 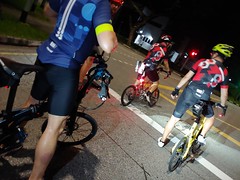