Recently, the emergence of 16 inch wheels that appear in our market has shown the popularity of the compact fold made famous by Brompton from UK. Many times owners buy because of TWO reasons; lower price and utility of the design.

It is interesting to note that South Korea is said to be the 2nd largest market for Brompton bikes. So not surprising that there are so many variants of the bike emanating from South Korea.

Following its invention in 1979, Brompton decided to protect its bicycle and, particularly its folding system under the patent system. After 20 years of protection, the patent expired and the folding system entered the public domain, but the popularity of the bicycle continues to grow every day. Not surprising you see so many from Chinese factories. The Koreans are not spared from this either, without getting into details, 3Sixty Korea has her fair share of skirmishes with Chinese makers but they have to take the stance of reviewing their operations and to redesign their bikes for new releases.

So what are the releases? The Mti2. A 7.9kg bike that has the entire frame made of Titanium. Designed to delight with its light weight and clean lines. It was hard getting hold of stocks but for those who could get one, they become collector’s item.

Achieving a weight of 10.3kg (without pedals) but retaining the key elements – Titanium front fork and rear triangle for reduction of weight, 3 speed (upgradable) freewheel hub for ease of maintenance, light weight CNC brake levers, chainring, Gold chain, carbon protector so you do not scratch the Ti fork when folded, and carbon handlebar AND 3 Sixty will lower the price of this limited M3ES Black edition to S$2700. It is typically 1kg lighter when you compare with other designs assembled in UK, Korea or China.

Some of you asked – why has 3Sixty Korea not come out to say something about unapproved use of the brand name 3Sixty? is this not confusing? There is some work in the background but until the dust settles, the best thing that buyers can do is to buy based on the build and service support for the bike. As in all luxury goods, the items we own reflects our confidence and status psyche.

Interested in owning a M3ES Black Edition? email liz@mybikeshop.com.sg with name and contact WITH subject title <3Sixty Black edition> and we will contact you to come by to pick one up.

The 16 or 18 inch categories are great for commuting just because they fold up smaller. Typically designed for short errands and compact storage places, they are also lightweight. We have restocked models that start from S$799 and our bikes ranged ALL come with minimum 3 year warranty and MBS Tuneup support program.

Take me back to the page for 20 inch updates 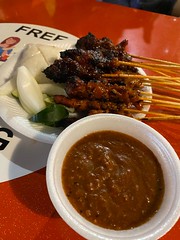 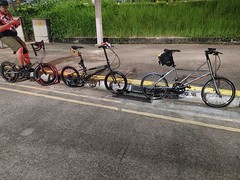 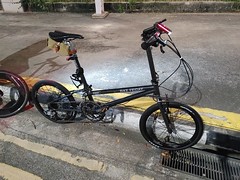 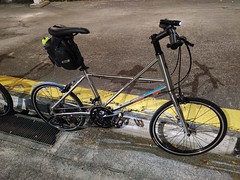 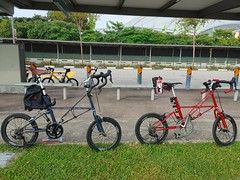