Developing a line of helmets with better aesthetics and inner linings, My Bike Shop SG is pleased to offer the new line this January.

Depending on models but they come with better padding (Clean tex) and have Fly Net padding.

Not many places you can still find S$3 for a porridge cooked so smooth and only with fresh ingredients. Run by this really spunky lady who never fails to put a smile on your face. She could be seen as “aloof” but underneath the masks (she wears 2 as she is afraid of getting COVID) and hard work, lies the love of her work to put the best possible porridge for those who need to reminisce of how your grandma cooked porridge for you when you are feeling down.

Aunty Pearly who mans the stall will end promptly at 730pm or when her ingredients finish. So head there early if you do not want to miss it.

85 Redhill Ln, #01-95, Singapore 15008 is the address. YOU will not regret the chance to taste the no msg porridge. And if she happens to be closed, the MUST try tonic soup is next door stall.

With the training complete for our new mechanics, We can take on this scope at Henderson branch again. Booking available at https://mybikeshopoutlets.simplybook.me/v2/#book

Hi everyone. The Rido R2 is in Singapore. the R2 is renowned for effectiveness and to alleviate perineum trauma. If you want to reserve one, please end an email to checkmybikeshop@gmail.com and indicate Henderson or Thomson Hill (Collection location) and the store IC will email you the Paynow payment instructions

Thomson Hills is a private estate nestled between Ang Mo Kio Ave 5 and Upper Thomson (where the entry into Old Upper Thomson and Casuarina Curry for good prata is) Our store is situated next to Salem Chapel Church.

It has a nice park behind the shop house and relatively quiet roads that allow you to test ride and if its rains, like Henderson, a five foot way sheltered path to test bikes.

We will be suspending operations at Yishun from the 15 September to facilitate moving.

Entry is via Yio Chu Kang Road. Directions into Thomson Hills Drive from Yio Chu Kang as follows and a landmark is Salem Chapel Church. Bus services that ply along Yio Chu Kang is 138, 138A, 163, 652, 855 and 860. Parking at the location is FREE.

What has not changed?

Recently, the emergence of 16 inch wheels that appear in our market has shown the popularity of the compact fold made famous by Brompton from UK. Many times owners buy because of TWO reasons; lower price and utility of the design.

It is interesting to note that South Korea is said to be the 2nd largest market for Brompton bikes. So not surprising that there are so many variants of the bike emanating from South Korea.

Following its invention in 1979, Brompton decided to protect its bicycle and, particularly its folding system under the patent system. After 20 years of protection, the patent expired and the folding system entered the public domain, but the popularity of the bicycle continues to grow every day. Not surprising you see so many from Chinese factories. The Koreans are not spared from this either, without getting into details, 3Sixty Korea has her fair share of skirmishes with Chinese makers but they have to take the stance of reviewing their operations and to redesign their bikes for new releases.

So what are the releases? The Mti2. A 7.9kg bike that has the entire frame made of Titanium. Designed to delight with its light weight and clean lines. It was hard getting hold of stocks but for those who could get one, they become collector’s item.

Achieving a weight of 10.3kg (without pedals) but retaining the key elements – Titanium front fork and rear triangle for reduction of weight, 3 speed (upgradable) freewheel hub for ease of maintenance, light weight CNC brake levers, chainring, Gold chain, carbon protector so you do not scratch the Ti fork when folded, and carbon handlebar AND 3 Sixty will lower the price of this limited M3ES Black edition to S$2700. It is typically 1kg lighter when you compare with other designs assembled in UK, Korea or China.

Some of you asked – why has 3Sixty Korea not come out to say something about unapproved use of the brand name 3Sixty? is this not confusing? There is some work in the background but until the dust settles, the best thing that buyers can do is to buy based on the build and service support for the bike. As in all luxury goods, the items we own reflects our confidence and status psyche.

Interested in owning a M3ES Black Edition? email liz@mybikeshop.com.sg with name and contact WITH subject title <3Sixty Black edition> and we will contact you to come by to pick one up.

We have line up accessories and parts that would improve key aspects of the bike. Basic Alu based types and Titanium options for our 3 Sixty Korea owners.

All visits are now by appointment and max is 2 pax per appointment (so we can accommodate 1 pax to come by for Basic tuning/service drop offs. .

Our observations in the last few months have been more positive than negative as visitors who made appointments had sufficient time to test ride, get the necessary questions asked, and placed their orders. The sessions were stressed free and noone felt rushed and we all observe SMM. We thank everyone as we continue to keep and help everyone safe.

Please make your appointments at https://mybikeshopoutlets.simplybook.me/v2/#book. Please click on the location first and then select the service and staff resource

Folding bikes that are built with strong points of reliability and global reputation. This category will find you entry levels from Dahon, Tern and Bickerton.

Take back the streets! DAHON conceived the HIT as an economical and ecological tool for our most recent global challenges. At S$650, it comes with warranty and My Bike Shop Bike support program.

Bickerton Portables, after Moulton, they are the next UK brand that paved many innovations since 1971.

Tern bicycles, based in Taiwan, and has offices in the US, China, Finland, and the UK. The company’s primary products include folding bicycles, electirc bikes, and cycling accessories which are currently sold in 65 countries

Bring me to the next price category

The 16 or 18 inch categories are great for commuting just because they fold up smaller. Typically designed for short errands and compact storage places, they are also lightweight. We have restocked models that start from S$799 and our bikes ranged ALL come with minimum 3 year warranty and MBS Tuneup support program.

Take me back to the page for 20 inch updates 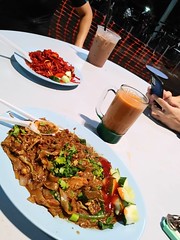 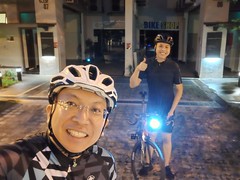 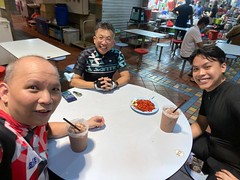 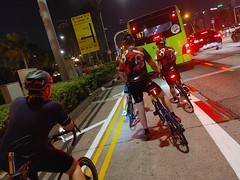 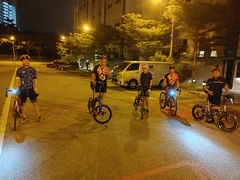